Share a memory
Obituary & Services
Tribute Wall
Read more about the life story of Dennis and share your memory.

Dennis Richard Threlkeld, 69, of Orangeville, (Fishing Creek Township), passed peacefully to our Lord following a courageous battle with a long  illness on January 23, 2023.

Following high school, Dennis went on to Trenton State College where he earned his Bachelor's Degree in Criminal Justice.  He then began his first career in law enforcement working as an officer with the Morris County Park Police and then as a patrolman with the Mt. Olive Police Department.    Seeking a career change, Dennis took a position with the Traveler's Insurance investigative claims department where he met his wife, Patricia (Bond) Threlkeld.

Dennis and Pat later moved to Orangeville, PA where Dennis took the position as Office Manager with the Harleysville Insurance Companies regional office in Bloomsburg.  Following many successful years with Harleysville, Dennis established himself as an independent claims professional, working primarily with the Erie Insurance Company as the claims manager for Eastern Pennsylvania.  Through Erie, Dennis completed a comprehensive insurance training program with the American Insurance Institute in all facets of insurance claims management, to include, litigation and fraud.  He retired from Erie in 2019.

Dennis enjoyed many sunsets from his bow stand; still hunting a white pine thicket after sunrise and fly-fishing a meandering stream during a mayfly hatch.  His son, Denny Threlkeld, became his best friend  and  was  by his side in every aspect of his outdoor endeavors.  His father-in-law, Ivan Bond, introduced him to what became his little piece  of heaven, Painter Den Hunting Club.  The memories and camaraderie he cherished as a member, along with watching his son, Denny, become a member, were the highlights of his life.  He was a proud member for 28 years.  He was also a member of Oriental Lodge #460, F. & A. M., Orangeville, where he was a Past Master.

Funeral Services and Masonic Services will be held Friday, January 27th, 2023 at 5 PM  at the McMichael Funeral Home, Inc., 4394 Red Rock  Road, Benton (State Route 487) with Pastor Scott Lyons, Stillwater Christian Church, officiating.  Private burial will be in the Benton Cemetery.  A Viewing will be held Friday from 2 PM until the time of the services at 5 PM at McMichael's.

The McMichael Funeral Home, Inc., of Benton, is honored to serve the Threlkeld Family.

To send flowers to the family or plant a tree in memory of Dennis R. Threlkeld, please visit our floral store. 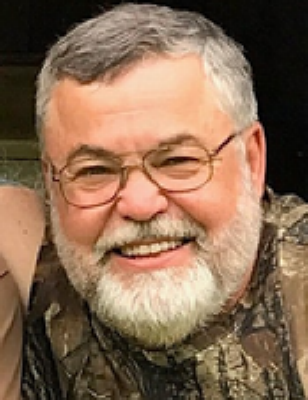