Share a memory
Obituary & Services
Tribute Wall
Read more about the life story of Ronald and share your memory.

Pete was born on September 28, 1935 in Pittston, PA. Pete was the eldest of four boys born to John T. and Mildred (Butler) Scherer.  Following graduation from Pittston High School in 1953, Pete worked in the dining room at The Inn at Buck Hill Falls in the Pocono Mountains, where he met (Myrna) Eileen Mott.  Pete and Eileen married in November 1956 and moved to the Huntington Mills area in 1957 to begin raising their family.

Pete was employed in 1958 as the office manager for Charles H. Long in Sweet Valley PA, and served in that role until the company was sold to Longway Petroleum.  He continued working as the office manager for Longway, which sold auto parts in addition to fuel oil and gas, and later became an auto parts sales associate. Pete eventually purchased the auto sales part of the company and operated his own business,  Pete’s Automotive Supply.  He continued part time in that business until early 2022. Pete was also elected to the position of tax collector for Huntington Township and worked in that role for 18 years in the 1960’s and 1970’s.

Pete believed in giving back to the community and was an active volunteer.  He served at various times as president and treasurer of the Shickshinny Rotary Club, was a multi-gallon blood donor for the American Red Cross, was on the board of directors of the Hazleton/Nanticoke Mental Health Center, and served as treasurer for various local organizations including the Huntington Valley Volunteer Fire Company, the Town Hill United Methodist Church and the Pine Grove Cemetery.

Pete enjoyed the company of friends and family, and was an avid card player.  He especially enjoyed playing pinochle with his brothers and, later with a group of local friends. He was also an avid sports fan and closely followed the Penn State Nittany Lions and Northwest Area High School teams.

Pete was preceded in death by Eileen, his beloved wife of 65 years, earlier this year, their infant daughter Ellen in 1963, and his brother Jerome Scherer in 2021. He is survived by daughter  Debra Garren and her husband Ray of Shickshinny, daughter Donna Scherer of North Stonington, CT; and son Ronald Scherer Jr. and his wife Yvonne, of Shickshinny. His beloved grandchildren are Rachel Reitz and her husband Scott, Kyle Scherer and wife Corinne, Brad Garren, Josh Scherer and friend Sydney Taylor-Moore, and Yossarian and Mitchell Ashton;  and great-grandchildren Wyatt and Waylon Reitz, and Caden and Chloe Scherer.

A memorial service will be held at Town Hill United Methodist Church at 417 Town Hill Road  on Tuesday, December  27. Visitation begins at 9:30 am followed by a memorial service at 11:00 am with pastor, Tyler Rauhauser, officiating.  Arrangements have been entrusted to the McMichael Funeral Home Inc., Benton. Condolence messages may be posted at www.mcmichaelfuneralhome.com.

In lieu of flowers, contributions may be made in Pete’s memory to the Huntington Valley Volunteer Fire Company, PO Box 51, Huntington Mills, PA 18622.

To send flowers to the family or plant a tree in memory of Ronald Thomas Scherer, please visit our floral store. 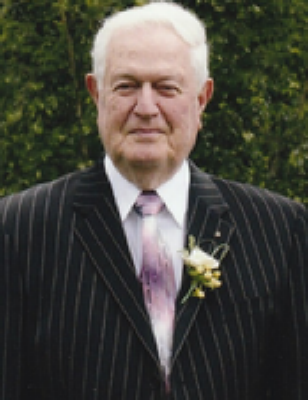